HomeInternetGoogleNubia’s Alpha watch phone is the most ridiculous gadget !
Google

Nubia’s Alpha watch phone is the most ridiculous gadget !

Mobile World Congress is crawling with outrageous new mobile devices like Huawei’s foldable Mate X and Energizer’s gargantuan phone equipped with an 18,000 mAh battery, but none was as ridiculous and over-the-top as Nubia’s Alpha watch phone.

Kudos to Nubia for literally bending a 4-inch display around a watch band to fit around your wrist. But, wow, is the Alpha ugly. It’s beyond hideous. And the software — it’s so terrible that I was left wondering why the Alpha even exists.

I hate to be the guy who awards any product the worst of Mobile World Congress, but I think the Alpha earns it without competition. The Alpha is the perfect example of “just because you can, doesn’t mean you should.”

Look, I get it: Flexible displays are all the rage these days and just like foldable phones that transform into tablets, they are a glimpse of what’s possible for new form factors and the realization of many of our wildest science fiction dreams.

But, like, ugh. The Alpha is a fashion crime in every possible way. If the Apple Watch and years of awful Android-powered smartwatches have taught us anything, it’s that design matters.

The Alpha’s 4.01-inch “full view” OLED screen wraps from one side of the watch band’s metal links to the other and the clasp comes together just like a regular watch. But just look at the clunky sensor and camera on the left and right sides. 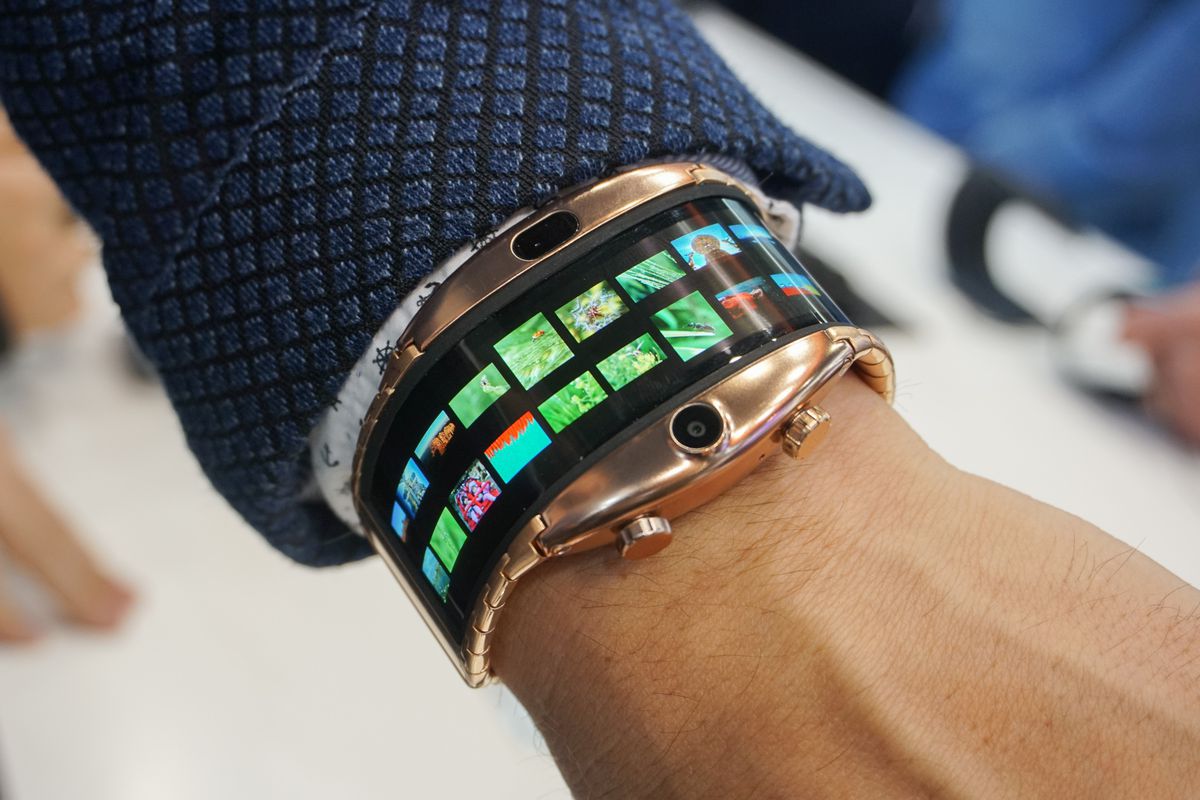 Sure, the specs appear decent — 4G connectivity, hand-gesture interactions, WeChat video, health-tracking, and mobile payments — but none of this stuff matters since the Alpha doesn’t work very well. Like at all.

You can swipe up and down on the flexible screen to scroll between various widgets of information like the time and settings, but the UI is so convoluted you’ll want to take the Alpha off and chuck it into a trash can.

Other issues included a camera that was upside down and a photo gallery that was far from intuitive for viewing photos in dimensions that aren’t skinny like the screen.

Even worse is the price of the Alpha: €449 (or about $510). That’s a lot for a wearable that’s dysfunctional and looks extremely gaudy, but if for some reason you do not care you can have at it when it launches in April.